What are the Latest Trends in Broadcasting Technology? 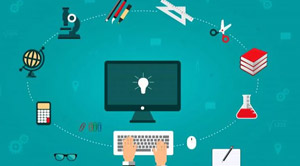 The future of broadcasting will be transformed by digitalization as it will enable them to give precise and high-quality content to their viewers.

FREMONT, CA: In the future, broadcasting technology would have to discover ways to adapt to the new reality as the new generation of information consumers shifts their focus away from TV broadcasting and more to other digital platforms.

The pandemic prompted broadcasters to increase their investments in digital channels. New generations like to watch the news on their mobile devices using applications, and there will be massive growth of new users on broadcasting online platforms in the coming years. To reach their intended audience, broadcast media must invest in new technology to overcome these challenges.

The ambition of producing high-quality media is driving new television broadcasting trends. In the age of misinformation and fake news, a plethora of different media apps, and social media engagement, the quality of information is becoming a significant problem for many businesses.

The emerging broadcasters serve a wide range of audiences, and they are investing more in new communication platforms and digital media. Hosts appreciate a more intimate connection with the segmented auditory. The D2C model offers various benefits to the media as it allows for close connections with product users. Several broadcasters devote time and money to engaging with their customers, answering every question, understanding their unique needs, and remaining relevant in their everyday lives.

Despite the fact that SaaS technology is not recent, it was primarily used to stream media during the epidemic. In the emerging media industry, using software that isn't preinstalled is becoming a new trend. Quick reaction rates are also possible with this technology. Also, as media companies continue to adapt their apps for SaaS, the technology might assist them in saving money.

In the broadcasting digitization procedure, utilizing a new content delivery system is a critical step. Apple TV is an example of successful OTT technology, and it means that television and broadcasting are available across each area of the house. Creating a solid relationship with users throughout every application is virtually the future of television broadcasting. It suggests they can use their favorite consumer apps to access news, weather forecasts, and other real-time produced material. Why is Live Broadcasting Gaining Traction? How Digitalization is Improving Broadcasting Nxtedition Becomes a Member of the DPP How Digital Technology is Changing the Face of the Broadcast Media