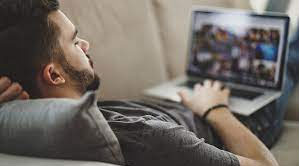 Angel Studios is a crowdfunded film studio where ‘Angel investors’ pick and choose which films are selected, funded, and released.

FREMONT, CA: The makers of VidAngel have sold the company's filtering business and rebranded it as Angel Studios. The new platform is launching with a 5 million dollar regulation crowdfunding offering to fund new technology that will bring the power of television into the hands of the people who are actually watching it, similar to its own shows The Chosen, Tuttle Twins, and Freelancers.

Angel Studios is a crowdfunded film studio where ‘Angel investors’ pick and choose which films are selected, funded, and released. Angel is raising funds today with a $5 million crowdfunding offering to develop the streaming app, build out a crowdfunding site, and sell to new audiences. Angel Studios' Angel Funding partner already has over 30,000 investors on its website.

The following are some details about Angel Studios and VidAngel:

• VidAngel has been renamed Angel Studios.

• In 2020, revenues were over 47 million dollars, with original content revenue almost eclipsing filtering revenue by nearly ten to one.

• VidAngel.com has been sold to VidAngel Entertainment, a brand-new company dedicated solely to filtering.

• Angel Studios will be solely dedicated to assisting developers and audiences in creating a home for stories that spread light worldwide.

Platform Projects at Angel Studios include:

• The Chosen is the most successful crowdfunded media project in history, with over 100 million views to date and Season 2 set to debut soon.

• In its eighth season, Dry Bar Comedy is the world's most famous clean stand-up comedy show, with one billion viewers per year.

• The Tuttle Twins is the #1 crowdfunded animated children's show in the United States, and Season 1 is currently in development.

• The original cast of the iconic sketch comedy series Studio C has created a hit show called Freelancers. The second season has been completely funded.