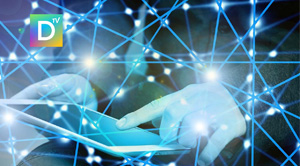 DistroTV announced the addition of Bloomberg TV and Bloomberg Quicktake to its news-driven channel lineup.

FREMONT, CA: DistroTV, the nation's leading independent free ad-supported online television network, recently announced the incorporation of Bloomberg TV and Bloomberg Quicktake to its news-driven channel lineup. Both channels join the streaming platform's 150-plus channel roster, demonstrating the platform's dedication to diversifying its content offerings to connect to passionate audiences in the United States, Canada, and the United Kingdom.

"Bloomberg Media is known for featuring independent voices who equip viewers with the news and analysis necessary to have an informed take on the latest in finance, technology, culture and politics, from the latest stock market trends to conversations surrounding the future of work to the pandemic's ongoing impact on local businesses and communities," said Navdeep Saini, founder, and CEO of DistroScale, parent company to DistroTV. "The addition of these channels signifies our ongoing commitment to deliver thought-provoking and engaging content to a globally-minded audience."

Bloomberg TV and Bloomberg Quicktake are two global channels produced by a newsroom of 2,700 journalists and analysts spread across 120 countries. Bloomberg Surveillance and Wall Street Week, for example, provide global financial coverage and market-moving insight. Bloomberg Quicktake is global streaming and social video network covering the most critical stories in the industry, technology, climate, culture, politics, society, and personal finance for a new generation of leaders and professionals. The networks join DistroTV's rapidly increasing business segment, which already includes Black Enterprise, Entrepreneur, Real Vision, TD Ameritrade, and The Street, all of which can be seen live streaming on the platform.

"The addition of Bloomberg TV and Bloomberg Quicktake on DistroTV extends our reach to new audiences who are looking for trusted, global business news on streaming," said M. Scott Havens, Chief Growth Officer and Global Head of Strategic Partnerships, Bloomberg Media. "Both networks provide a unique content offering that reaches decision makers, business professionals and rising leaders who have high expectations from the content and news they consume."